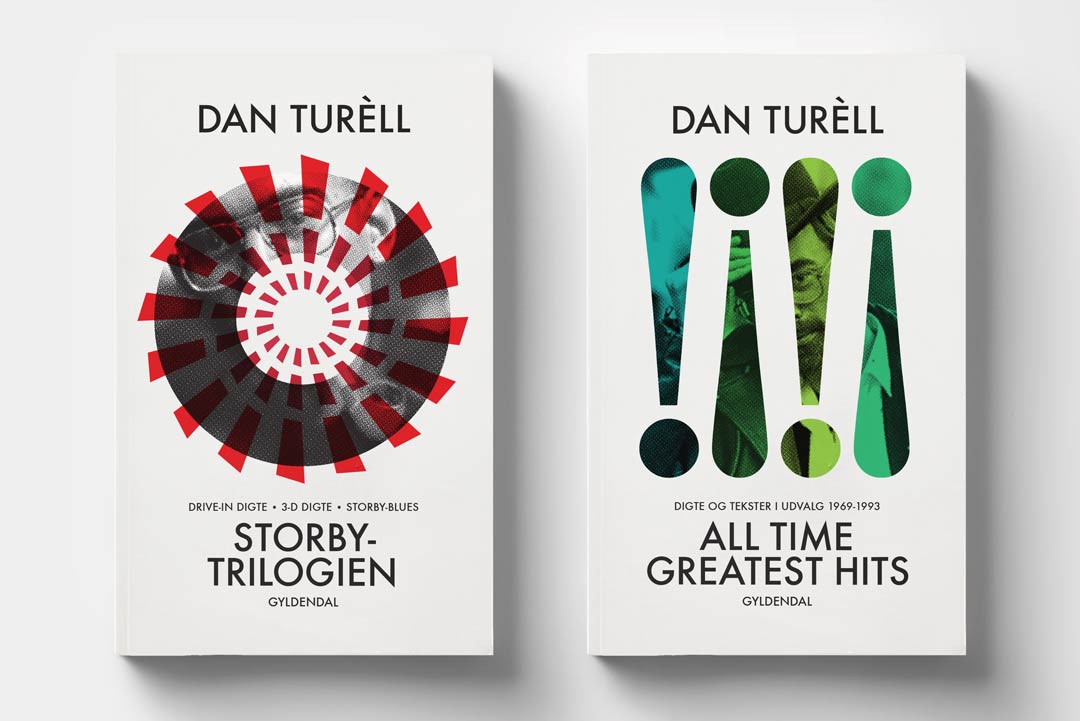 Most of Dan Turèll’s more than one hundred books were designed by the influential designer and illustrator Peder Bundgaard, his life-long friend and collaborator. These covers are instantly recognizable – hand drawn, colourful, and unpretentious, often related to the traditions of film posters, comics, and pulps. Most of them are great, some are real masterworks of the genre.

Our covers for the reissued modern Danish classics Storby-trilogien (The Big City Trilogy) and All Time Greatest Hits also aim at an  unpretentious, colourful, mass-market look, while also clearly and explicitly being different from Peder Bundgaard’s work. Their main inspiration is 50’s jazz covers, an art form with its own poetry and coolness. All shapes are build with letterforms.

Published by Gyldendal, March 19, 2016, which would have been Turèll’s 70th birthday. Edited by Mette Mortensen. Thanks to Peder Bundgaard, Asger Schnack, and Chili Turèll for their kindness and help.