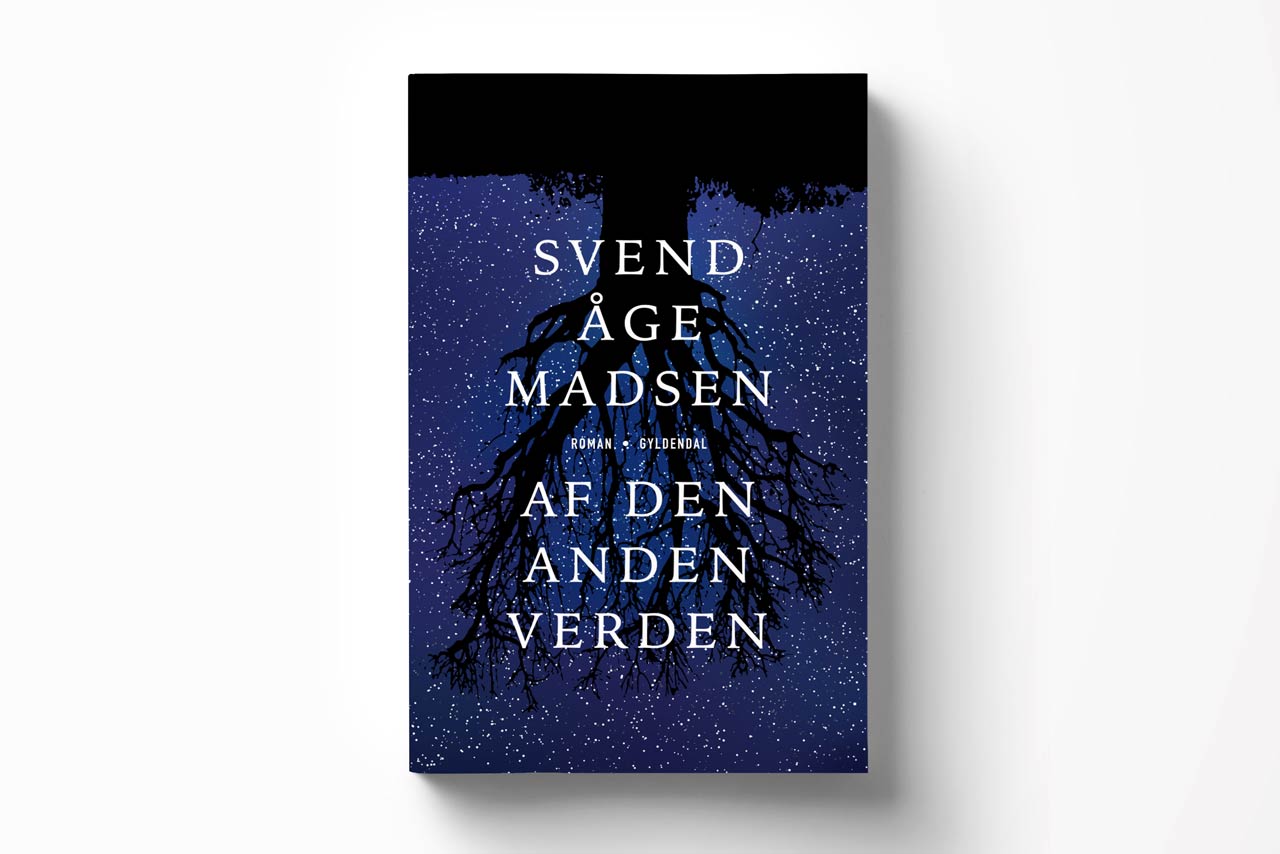 In Svend Åge Madsen’s novel Af den anden verden (Of Another World), a group of human “prisoners,” whose memories have been erased, escape to an almost empty continent that could be Australia. The book describes the evolution of their language and religion, the domestication of animals, the establishment of agriculture: the making of a society and its accompanying conflicts.

The cover’s upside-down landscape conveys two ideas: the baob tree against the backdrop of stars speaks to the grandness and mystery of life, and a night sky is one of the few constants for all societies throughout history. Showing it upside-down mirrors the strangeness of the tale, and hopefully catches the viewer’s attention. And then Australia is upside-down, of course.

Published by Gyldendal, 2017. Edited by Simon Pasternak and Mette Mortensen.