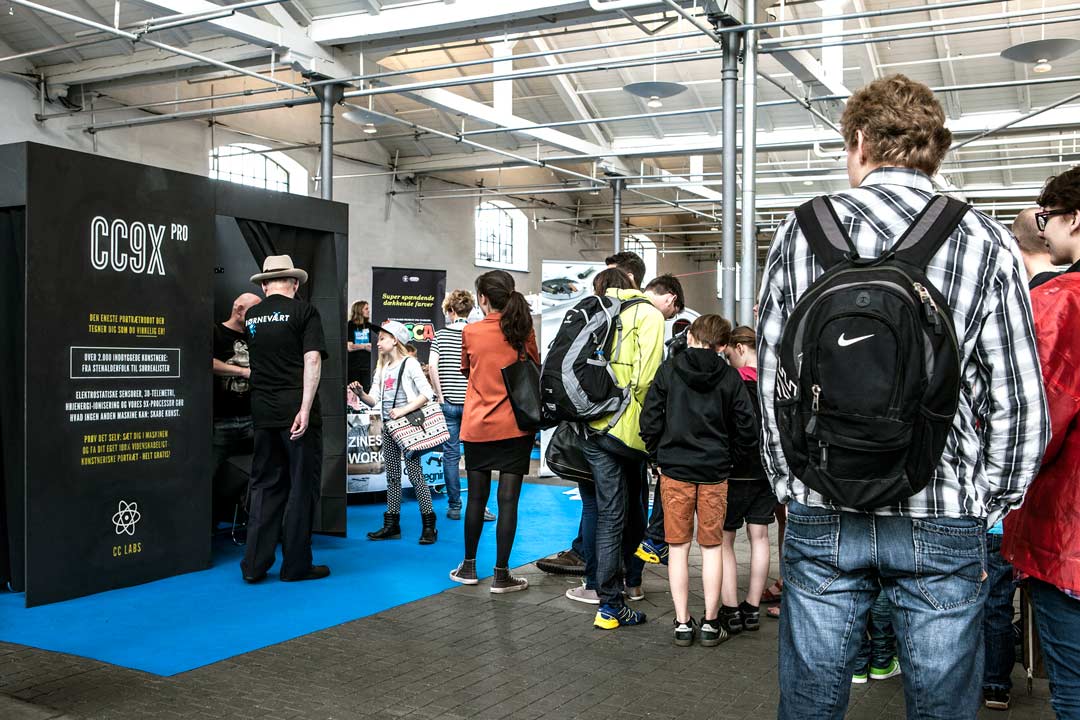 Copenhagen Comics – a biannual comics festival – wanted a “robot” that could somehow draw at the request of the festival’s guests (with the actual drawing done by hidden cartoonists).

Our proposal was the CC9X – The World’s Most Advanced Portrait Robot, a structure in black MDF modelled on the classic photo booth. Step inside, sit down, look into the glowing lens for a few minutes, and out of a slot comes a drawn portrait of you.

The choice of portraits as the robot’s output solved essential practical problems about how to input requests, how to communicate which guest’s drawing was being made at the moment, and when it was time for the next in line, etc. This also offered the interesting experience of having a moment being alone in the middle of the otherwise crowded convention hall.

CC9X is built in black CNC-cut MDF with hand-coloured lettering. Also used: Webcam, a large lens, some LEDs, an Arduino board, a laptop, black cloth.

Soundtrack of machine sounds by Anders Lundin. CNC by Cutlab. Thanks to One of Many Cameras, Pernille Arvedsen, Dan Raeder Knudsen, and the many volunteers who helped assemble and paint CC9X. 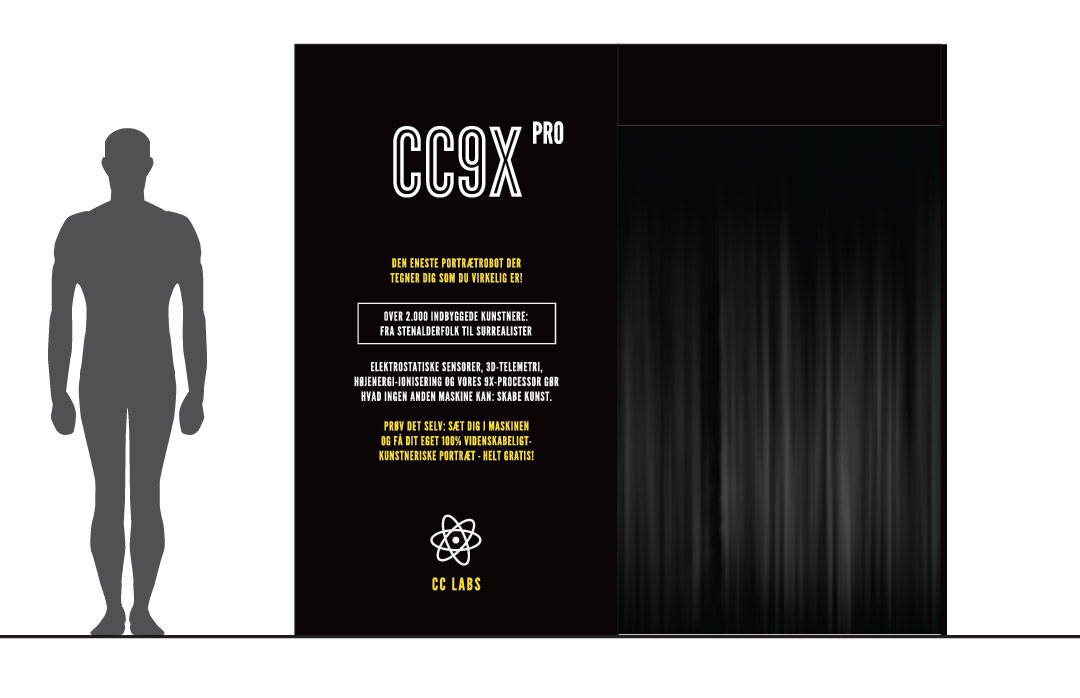 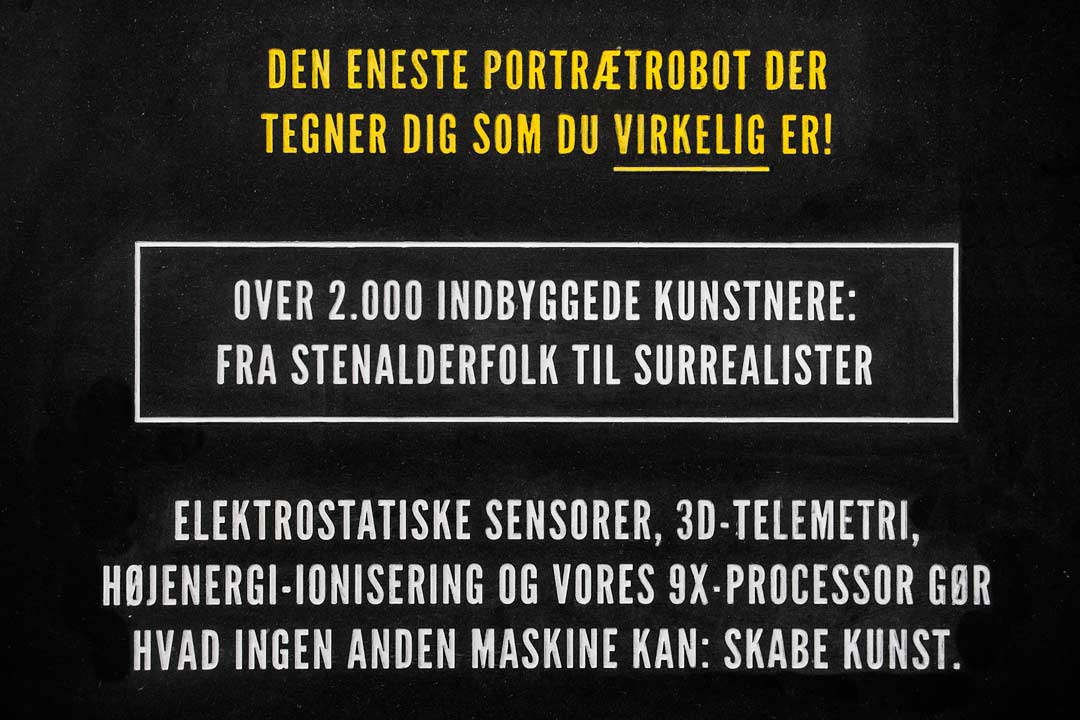 CNC-cut text on front: “The only portrait robot that draws you as you really are! More than 2.000 built-in artists: From stone age people to surrealists. Electrostatic sensors, 3D telemetry and our 9X processor do what no other machine can: Create art.” 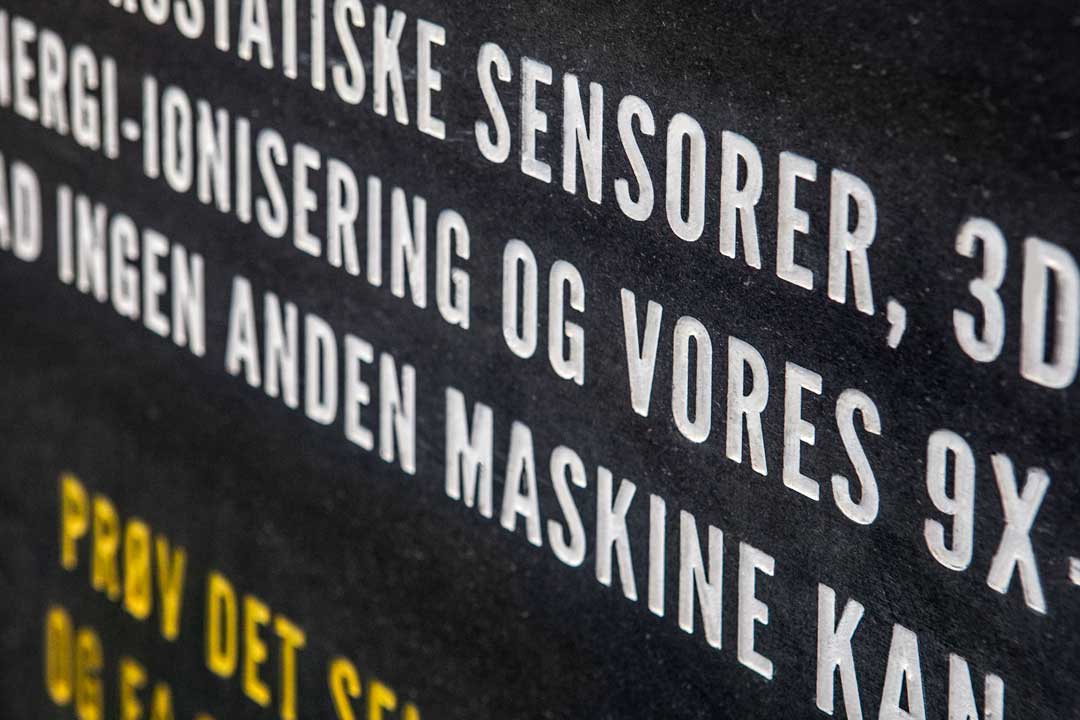 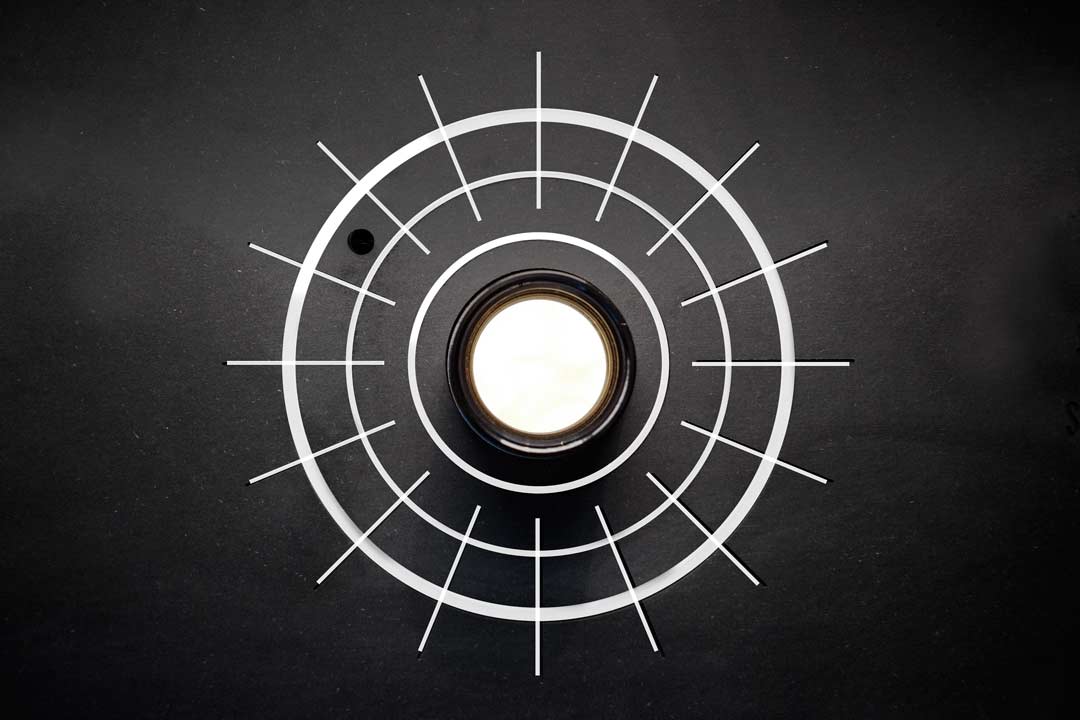 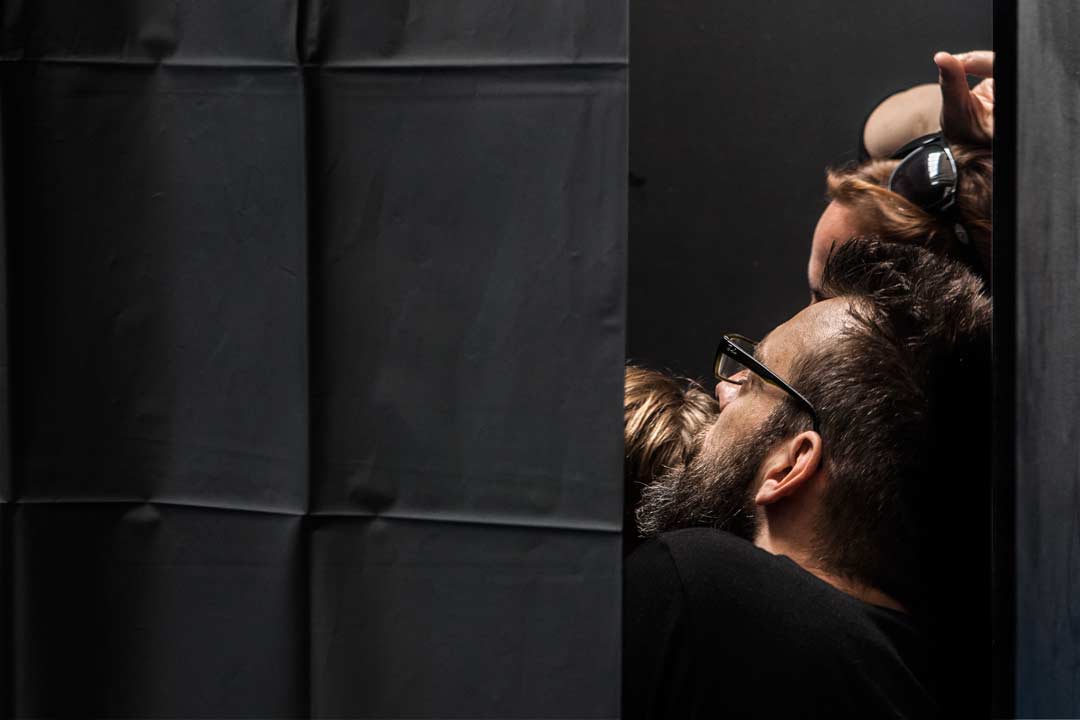 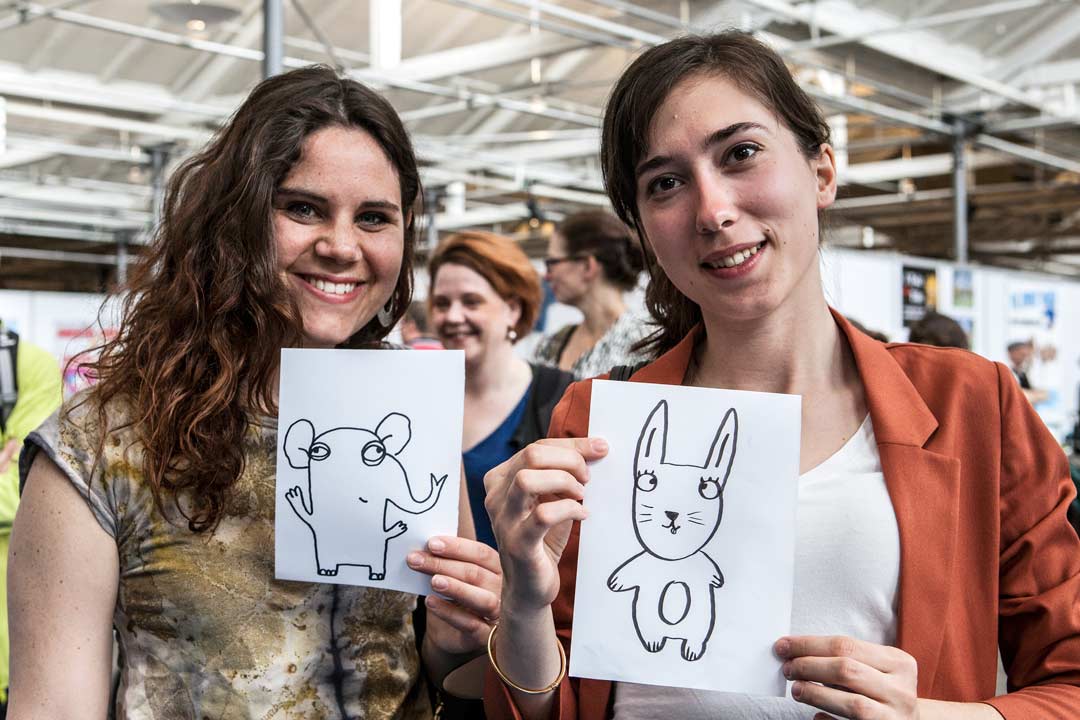